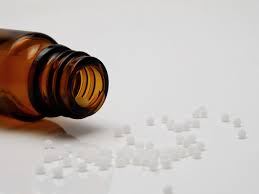 Menstrual cramps or Dysmenorrhea refers to painful abdominal cramps during menses. Cramps are caused by abnormal uterine muscle contractions due to excessive amount of prostaglandin levels (a type of hormone) secreted from the endometrium (inner lining of the uterus) during menstruation. Other symptoms of dysmenorrhea include nausea, vomiting, headache, backache or diarrhea. In this article I will be talking about the homoeopathic medicines for menstrual cramps along with some useful tips to reduce period pains.

Many women suffer a lot every month during their periods. It is not only the physical pain but also the mental and emotional changes under hormonal influence that are very agonizing. A well behaved women all of sudden becomes aggressive and starts speaking unpleasant words towards the approach of menses, she and the family members knows not why. Then her period begins and the picture gets clearer. Even though Homoeopathic medicine can effectively and safely relax the uterine muscles and relieve the pain associated with monthly periods, Homoeopathy has a lot to offer beyond just this. It is intended to treat the ‘distressed women’. Let us have a look at some of the commonly prescribed homoeopathic medicines for menstrual cramps.

One of the best and most popular homoeopathic medicines for menstrual cramps is Mag phos. Pains are colicy in nature. Patient feels better by rubbing the abdomen, warm application and by applying pressure. It is a great antispasmodic remedy with cramping of muscles and radiating pains. Pains are accompanied by excessive flatulence, bloating and full sensation of abdomen. Patient feels he must loosen clothing. She wants to walk and constantly pass flatus.

Dose: Mag Phos 6x.  4 tablets four times a day. Take it only during pain and can be repeated if required. Follow the same in your next periods. If the medicine suits you, the intensity and duration of pain in every period will be lesser until you will no longer have period pains.

Pains are cutting, twisting, grinding in nature as if clamped with iron bands. Menstrual cramps are relieved by pressure. Agonizing pain in the abdomen causing the patient to bend double is the characteristic symptom. Patient has a very irritable temperament and gets angered easily.

Pains are throbbing and intense in nature. Patient feels aggravated by slight touch, movement, noise, and in lying down position. She feels better in semi-erect posture. Pains are often accompanied by lower backache and headache. There is dryness of mouth with no thirst.

Patient weeps easily. Anemic females with scanty and delayed menses. The flow or blood loss is often less. And is usually not accompanied with passage of clots. Often indicated after abuse of iron tonics. Severe cramping pains during menstrual periods accompanied with nausea and vomiting. There is marked changeability in symptoms- no two periods are same. There is dryness of mouth with no thirst.

Delayed puberty. First menses begins late. Even if it begins there are menstrual irregularities and periods get suppressed easily.

Colicky pains in menses aggravated by lying down and bending forwards. Pains are better by standing erect, walking and putting pressure over abdomen.

This is suited to persons with feeble digestive powers with much flatulence.

Spasmodic menstrual pains with profuse, dark and clotted blood. Menses too early accompanied by purulent gushing leucorrhoea (white discharge) between menses. This is so weakening that patient can scarcely speak or stand. Nausea with faintness and vomiting. Aversion to food. Patient feels worse by eating, open air, touch, noise, after emotional disturbance.

The above mentioned homoeopathic medicines for menstrual cramps are some of the commonly prescribed ones, however the list is not limited to these. There are numerous medicines that can be given if symptom totality matches. The best homoeopathic medicine is the one which corresponds to the patient holistically taking into account the presenting complaints as well as the behavior and overall personality of the patient. The potency and number of doses to be taken is largely a matter of experience which your doctor knows best. Usually, a single dose is given and then we wait. If patient has relief, then doses are not repeated indiscriminately. The next dose is decided based on the available symptom picture.

Menstrual cramps are attributed to high amplitude uterine contractions owing to large number of circulating prostaglandins, therefore the treatment of dysmenorrhea is largely focused on decreasing the production of prostaglandins. Currently available pharmacological treatment for dysmenorrhea offers NSAIDS and contraceptives. Since both have side effects, therefore it is wiser to ameliorate menstrual cramps with safe and effective therapies like homoeopathy and aromatherapy.